At the castle there are several places where you can confer in small groups. The library, Lilla Salongen, the Musiksalongen and Gripenkällaren are some of them. The Linnaeus room, on the main building’s entrance floor, is perfect as group room and for small groups, workshops and seminars. Given its proximity to the Manor House’s entrance, this is a popular place to serve the morning and afternoon coffee.

The beautiful Linneaeus room (Linnérummet) is named after the Swedish botanist, zoologist and physician Carl Linneaus, also known after his ennoblement as Carl von Linné Count Christer Bonde, who then owned the Manor House, had handed over a money gift at an annual meeting in the Linnaeus Society. As a thank you, he got a table, which was made of a linden that has grown at summer residence of Linneaus, Hammarby. The table was situated a long time in this room but has later disappeared.

In the door overheads there are two portrait medallions. One depicts king Gustav III and the other his contemporary vocalist Carl Mikael Bellman.

Group rooms with different small tables for up to 12 people. 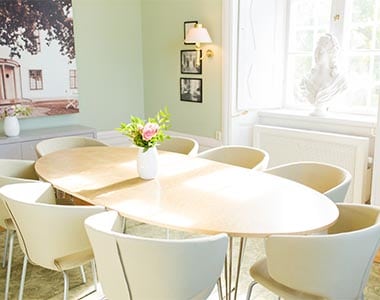 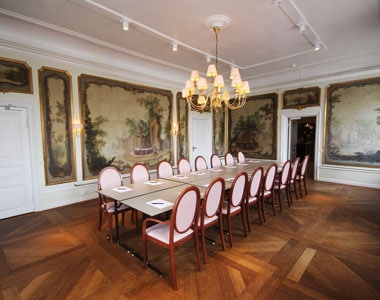 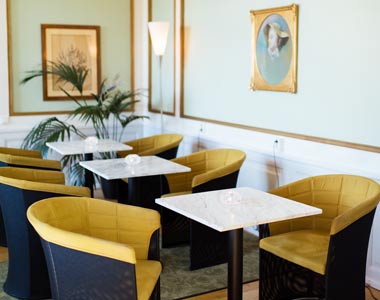 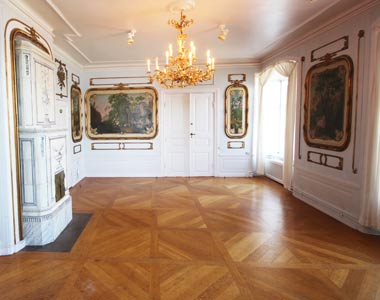 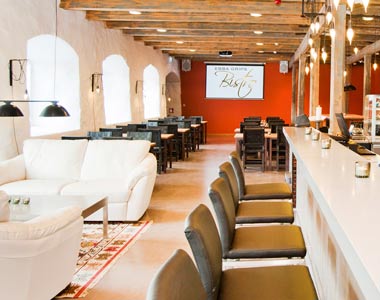 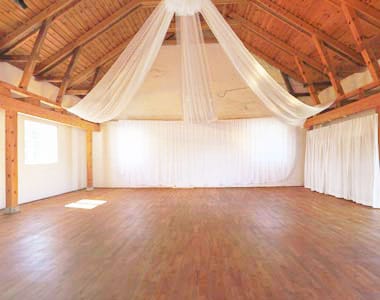 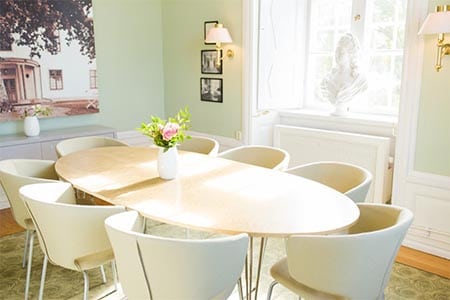 A conference for a day 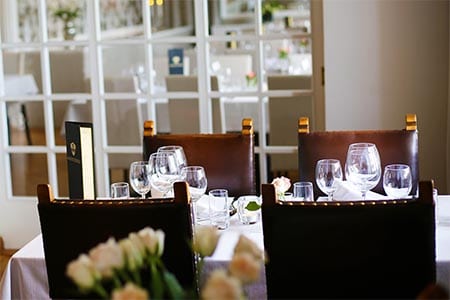 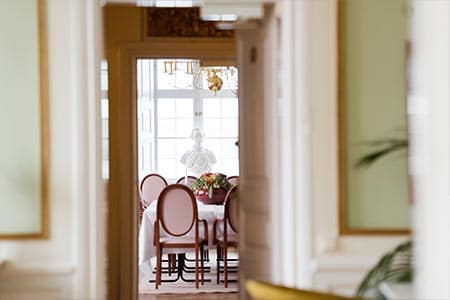 We have facilities to suit all parties